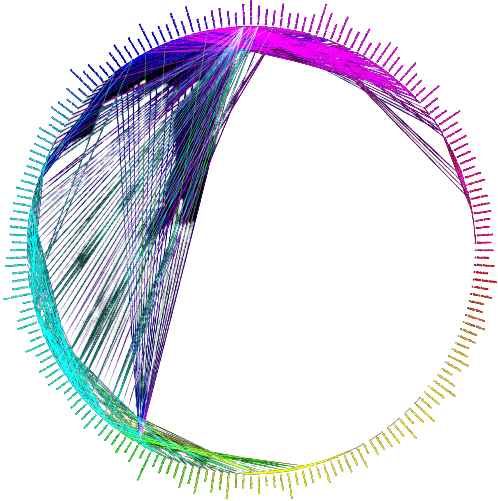 The Friends wheel is a beautiful looking colorful wheel that shows all the connections or links between your contacts. It was a completely free tool back then and in order to use it, one only needs a Facebook account that’s it. Unfortunately, you couldn’t download the graph to your device and you could only view it on the Facebook app.

The principle of this app was very simple the outer side of the circle shows all your friends or contacts and if it shows two people have linked together then its means they both know each other. In the flash version, the nodes are highlighted and are allowed to be moved but you cannot remove them plus you can also zoom in and out of it.

After the launch of the Facebook friend wheel, it grabbed the attention of the users pretty fast, and within that same year, 365,000 users got connected with this app. Almost 25,000 wheels were generated every day which is quite a good number back then.

The app uses the Facebook Development Platform to gather info about your friends and all the connections between them and then shows it in the beautiful eyecatching colored wheel. All the mutually connected persons were distributed across the wheel which makes it easier for the user to pick one out.